What is Workers’ Compensation?

Most first responders in Illinois who suffer from injury at work are entitled to workers’ comp. Employees apply for and receive benefits pursuant to the Illinois Workers’ Compensation Act, which includes payment of medical expenses, payment of temporary disability benefits while recovering from their injury, and an appropriate award for permanent impairment as a result of the injury. 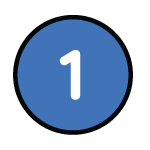 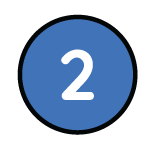 Payment of total temporary disability benefits (TTD) for the entire time the injured employee is unable to work for his or her employer due to the work injury. (These payments are 2/3 of the employee’s average weekly wage tax free) 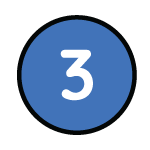 Payment of an appropriate sum for permanent impairment resulting from the work injury.

The IWCA is a law which provides benefits to just about all workers in Illinois who suffer injuries. These injuries must arise out of and occur in the course of their employment. However, this excludes appointed members of a police department or fire department in any city whose population exceeds 500,000. (According to the last Federal or State census.) A specific exception to this exception is carved out for firefighters who suffer disfigurement as a result of burns. Therefore, this means that firefighters and police officers employed by the City of Chicago would not be eligible. Just about all other firefighters and police officers employed across the State of Illinois should be.

Generally, the IWCA provides a no-fault system. As a result, it is usually irrelevant whether an employee’s injury was caused by the negligence of their employer, coworkers, or their own negligence. Rather, the only questions are whether the injury arose out of/occurred in the course of the injured worker’s employment. Typically, as long as the origin of the injury was connected in some way to a risk associated with his or her employment, then the “causal connection” test will be satisfied. It usually does not even matter if the act giving rise to the risk is in violation of an employer’s policy. As long as the injured worker is engaged in activities connected in some way to his or her employment which cause the accident, then the injured worker should qualify for benefits under the IWCA.

How We Can Help

There are multiple and overlapping laws which all provide unique benefits and all carry different requirements. It is extremely important for an injured police officer, firefighter or paramedic to consult with a knowledgeable and experienced attorney. This attorney is to understand each law in order to maximize the potential benefits which the laws provide. If you have become injured and you believe it may be related to your job duties, you should contact attorney Brent Eames for a free consultation.

Send Us A Message

Please reach out to us with any questions or concerns regarding your work injury, your case, and your options!