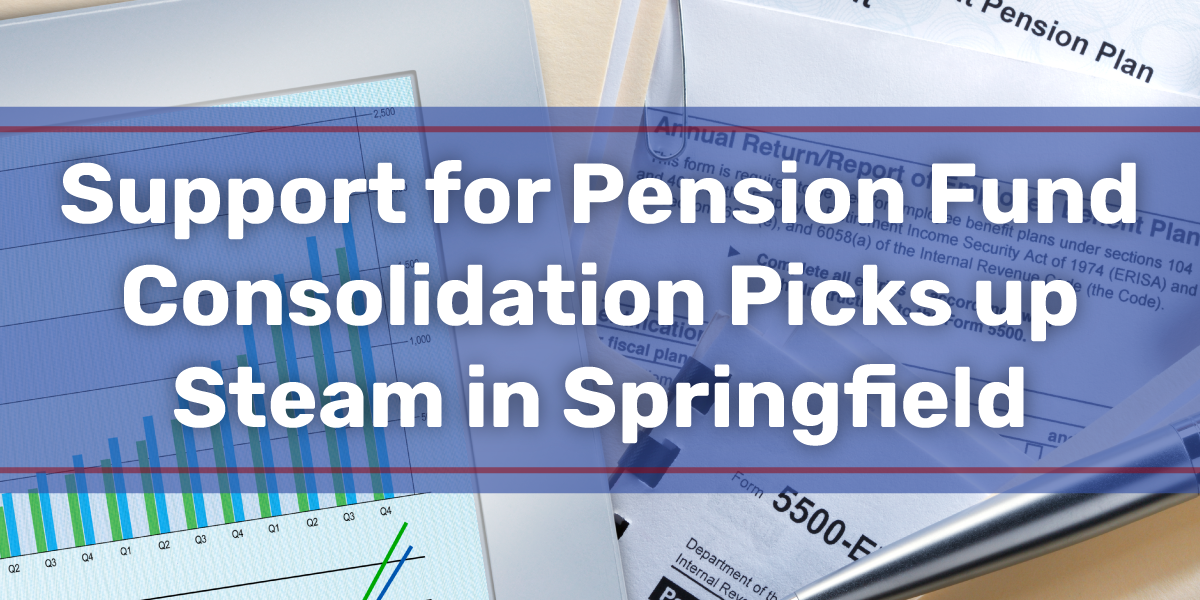 A task force assembled by Governor J.B. Pritzker to analyze the potential benefits of pension fund consolidation has formally recommended the consolidation of all non-Chicago police and fire pension funds for investment purposes.  The task force’s findings and conclusions, which can be read HERE, concluded that the approximately 650 police and fire retirement systems spread out across the state are not large enough to receive the best returns on their investments, and they should be consolidated into two large statewide funds.  One of these funds would be for police, and the other would be for firefighters.

According to the report, if a new, statewide police/fire investment fund did as well as other statewide funds, such as the Illinois Municipal Retirement Funds, it would generate an additional $820 million to $2.5 billion over the next five years, and $3.6 billion to $12.7 billion over 20 years.  If these estimates are accurate, this would reduce pressure on taxpayer contributions, given that a portion of the local systems are generally funded utilizing property taxes.

Coming as a bit of a surprise to deficit hawks who have been advocating for pension reform, the task force stopped short of also recommending the consolidation of administrative functions of the police/fire funds under one roof, which is something that Governor Pritzker had previously floated as an idea to save additional funds by slashing that overhead.  The make-up of a local fund’s pension board and the administration of the fund’s benefits have always been controlled by the local governments and departments.  It is unclear how the pension board or boards would be made up if the administrative functions are also consolidated, and an obvious concern would be the lack of representation for police officers and firefighters over their benefits.  However, for now, it appears that Governor Pritzker is shying away from advocating for that administrative consolidation.  This is far from over, and it is a significant development which should be monitored closely.