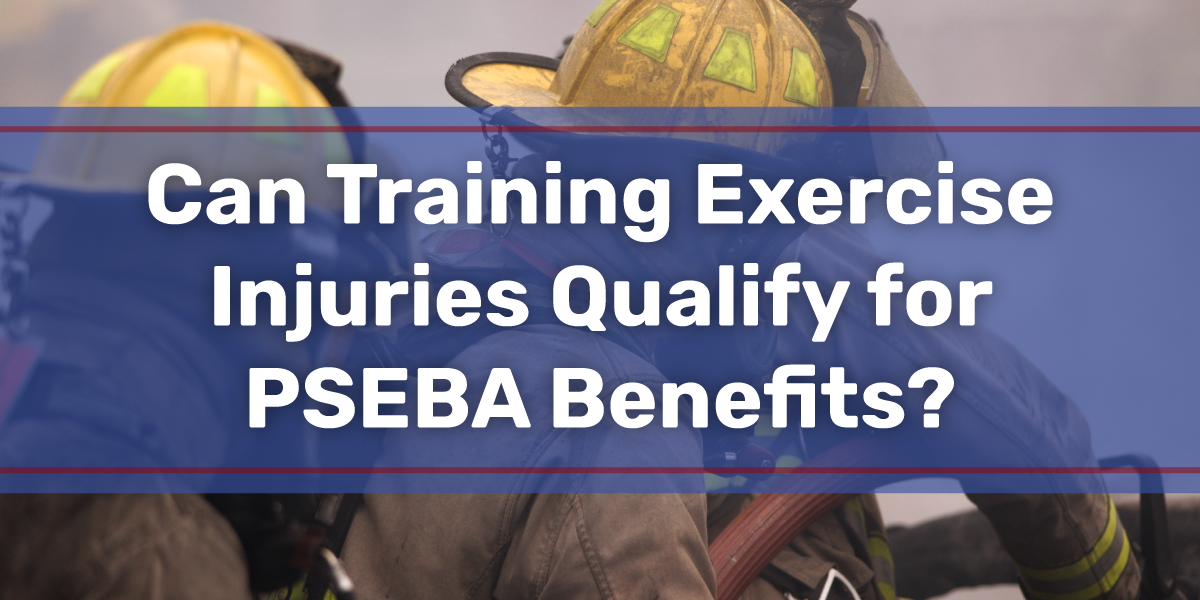 The Public Safety Employee Benefits Act (820 ILCS 320/1) is an Illinois law which provides for the payment of the full premium of an employer’s health insurance plan for firefighters and police officers who suffer catastrophic injuries or are killed in the line of duty.  This benefit is also provided for the injured or deceased employee’s spouse and any dependent children.  In order to qualify, the catastrophic injury must have occurred under one of the following circumstances:

Given the inherently subjective nature of what can qualify as being, “reasonably believed to be an emergency situation,” there are a lot of situations where less-obvious scenarios resulting in catastrophic injuries may ultimately qualify for PSEBA benefits, including injuries which occur as a result of training exercises.  In Gaffney v. Bd. of Trustees of Orland Fire Protection Dist., 2012 IL 110012, our Supreme Court specifically analyzed whether injuries which occurred during training exercises can qualify for PSEBA benefits.  In Gaffney, the Supreme Court was confronted with a factual scenario where a firefighter was injured during a live fire training drill.  The hose line became entangled in an unseen object, resulting in a significant injury to the firefighter. In analyzing whether this scenario qualified as an emergency situation, the Court focused on the unforeseen circumstances and the responses required.  The Court found that the entanglement of the hose in the unseen object was certainly an unforeseen circumstance, and the response to this event was also unforeseen.  The Court reasoned that the injured firefighter was required to follow the hose line back to the obstruction and free the hose with no visibility and the risk of becoming disoriented in the smoke-filled building.  Thus, the Court found that this scenario qualified as triggering benefits under PSEBA.

Contrarily, the Court compared the above-scenario with a separate set of facts which also involved an injury during a training exercise.  In the second scenario, an injured firefighter was required to participate in a training exercise simulating a fire. The firefighter’s mask was “blacked out” to simulate live fire conditions, but there was no live fire during the exercise.  Further, if the firefighter’s air supply ran out, he or she would stop participating and take off the mask. The training exercise was conducted under planned, “controlled conditions.” Given the foregoing, and the lack of any unforeseen developments, the Supreme Court held that this could not be considered to constitute an emergency situation for purposes of triggering PSEBA benefits.

Often times, these claims for PSEBA will be very fact-specific, and the award of benefits may hinge on a few, seemingly insignificant details.  For this reason, if you have been injured in the line of duty, you should retain counsel who is experienced in representing police officers and firefighters to ensure that your rights are being protected.  If you believe you have a case resulting from an act of duty, please contact Eames Law Group, Ltd. today for a free consultation.