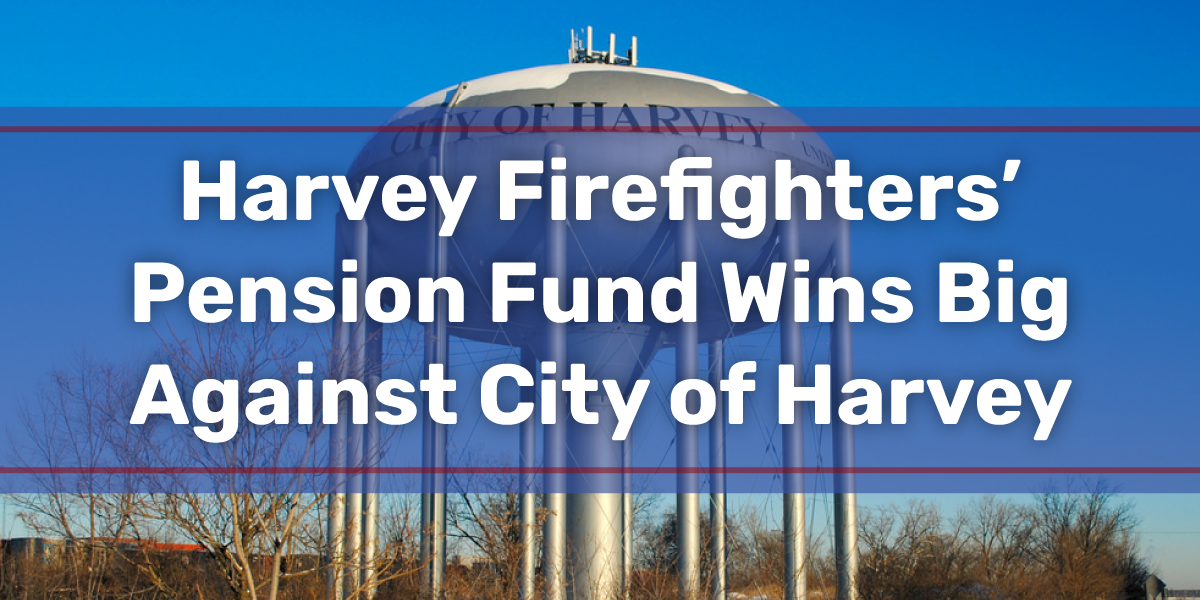 The Pension Board alleged a violation of the Fund’s statutory rights, and sought an order requiring that Harvey be forced to levy an annual tax for the Fund. The Cook County Circuit Court issued a final judgment in 2015, awarding the Pension Fund over 12 million dollars, and compelling Harvey to “fully comply with the funding formula set forth in [the Code],” and that they “annually approve a line-item property tax levy [for the fund].” In October 2015, the City of Harvey filed an appeal to the First District Appellate Court. After weighing all of the evidence, the Appellate Court agreed with the Trial Court, noting that although the pension code does allow a certain level of discretion to Harvey in the amount it distributes to the fund, the City’s conduct has exceeded its discretionary authority.

This decision was rooted in the fact that in 2010, 2011, 2012, and 2013, Harvey made no contributions to the fund, and “only once since 2003 has Harvey contributed more than 50% of the annual actuarial requirement to the Pension Fund.” The Trial Court stated that Harvey made no effort to contribute to the fund in accordance with specific levied amounts, and the Appellate Court agreed. Moreover, the Appellate Court acknowledged that while the Fund is not in danger of imminent bankruptcy, the Fund is in fact on the verge of default because it is surviving on the contributions paid by the firefighters themselves, and not the City of Harvey. Therefore, the Fund is being diminished to the point where it will soon be unable to pay out benefits and the Fund’s short-term viability is in jeopardy. The lack of contributions by the City combined with the lack of planning to change its financial habits led the court to this decision.

To conclude, this dispute epitomizes the inevitable outcome of a widespread pension-funding epidemic for governmental bodies not only in Illinois, but across the nation. As long as proper contributions are being made and there exists proper financial planning and accountability, the lack of a fully-funded pension does not necessarily cause the need for immediate panic. However, with a national shift towards decreased governmental spending and taxation, consistent and fair pension funding only gets more difficult. The decision by the Trial Court and its affirmation by the Appellate Court displays that in cases of excessive under-funding, there is a slippery slope for municipalities in debt of pension funds. This case also shows that the cost of litigation may be worth it to recover plan members’ rightful pension funds owed by their respective cities.

Thank you to Ryan McGuire for his assistance with this article. The content of this blog is intended for informational purposes only and does constitute or establish an attorney-client relationship, nor constitute legal advice. If you wish to discuss any further aspect of the material contained herein, please contact Brent Eames at Eames Law Group, Ltd.