The Latest Developments from Springfield on Workers’ Compensation Reform
0 Comments 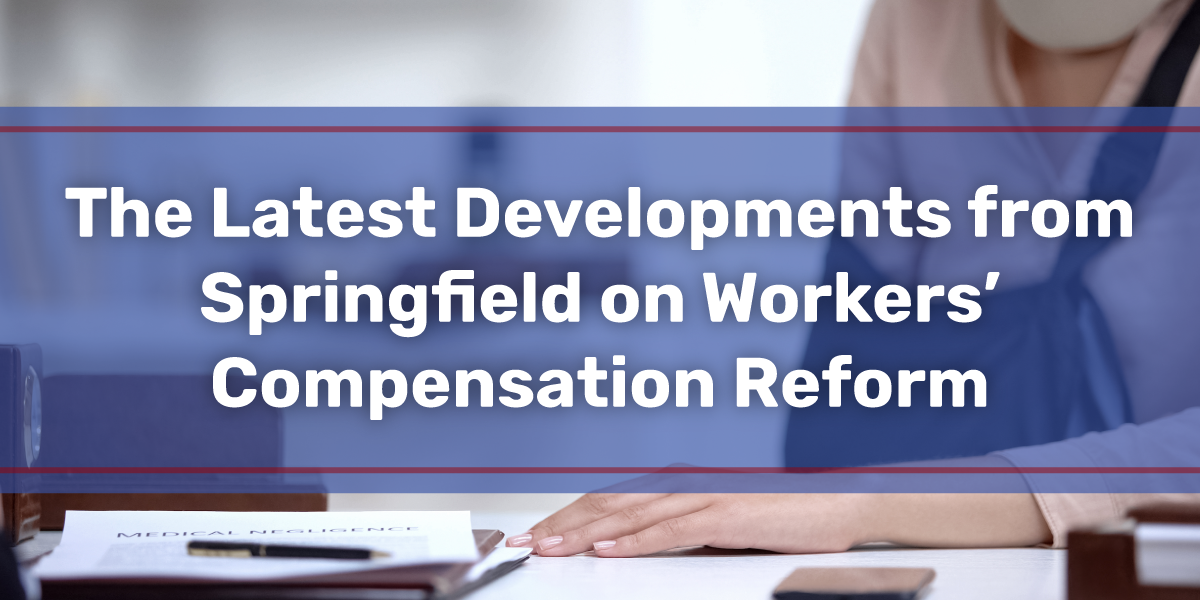 The latest battle out of Springfield over Governor Rauner’s push for so-called workers’ compensation reform has produced a bill by the Illinois Senate which is pending in the Assignments Committee.

Among the most important potential changes to the law for injured workers, the bill seeks to place an arbitrary cap on the number of times an injured worker may receive therapy from a physical therapist, occupational therapist or chiropractor. The bill provides that an injured worker may receive up to 24 visits for therapy, and if the treating doctors opine that more treatment is medically necessary, it will likely be the responsibility of the Commission to decide whether additional therapy is warranted as an employer will be able to petition the Commission to provide an adjudication as to whether additional therapy will be awarded. This will undoubtedly put injured workers in a precarious position if seemingly reasonable and medically necessary treatment is denied based upon a predetermined and arbitrary number selected by the legislature.

Additionally, the bill seeks to confirm the rules pertaining to “traveling employees”. The proposed amendment attempts to codify a limit to coverage for employees who get injured while traveling to or from work. The bill also seeks to make it much for difficult for traveling employee to obtain benefits if it can be argued that the employee somehow deviated from his or her assigned tasks.

Also, and perhaps most importantly, SB12 would amend the Criminal Code to include workers’ compensation fraud. The bill states that “any person, company, corporation, insurance carrier, health care provider or other entity” who makes a fraudulent claim to receive workers’ compensation commits, at minimum, a Class A misdemeanor for $500 or less of stolen benefits, and at maximum, a Class 1 felony for more than $100,000 worth.

Other amendments include changes to the maximum compensation rate for a period of temporary total incapacity; wage differential benefits to professional athletes; compensation awards for injuries to the shoulder and hip; the maximum allowable payment for certain service categories; the assignment and reassignment of arbitrators to hearing sites; the creation of an evidence based drug formulary; the duties of the Workers’ Compensation Edit, Alignment, and Reform Commission; additional compensation awards where there has been a vexatious delay in the authorization of medical treatment or the payment or intentional underpayment of compensation; annual reports on the state of self-insurance for workers’ compensation in Illinois; and other matters. Effective immediately, but this Act does not take effect at all unless Senate Bills 1, 2, 3, 4, 5, 6, 7, 8, 9, 10, 11, and 13 of the 100th General Assembly become law.

The full text of the bill and most up-to-date status can be found at https://www.ilga.gov/legislation/BillStatus.asp?DocNum=12&GAID=14&DocTypeID=SB&LegId=98855&SessionID=91.