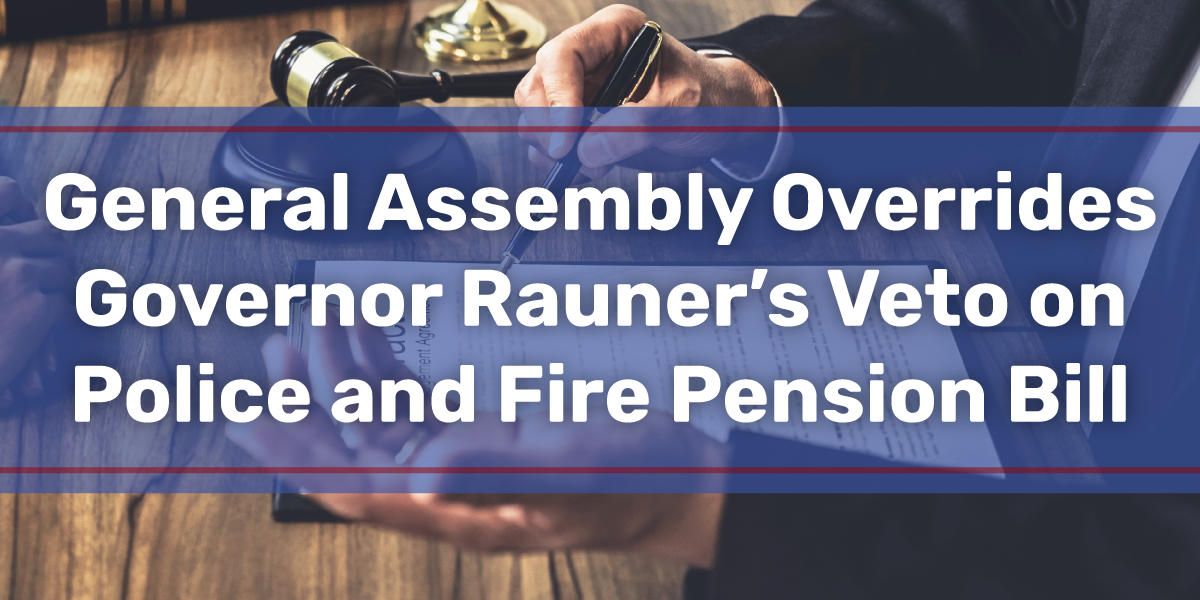 On May 30, 2015, the Illinois General Assembly voted to override Governor Bruce Rauner’s veto of Senate Bill 777 which reduces Chicago’s required pension payments to the $3.3 billion Chicago Policemen’s Annuity & Benefit Fund and the $1.1 billion Chicago Firemen’s Annuity & Benefit Fund over five years, starting in 2016. The bill also extends the deadline for the fire and police pension funds to reach 90% funding to 2055 (from the current 2040 deadline).

“Senate Bill 777 reflects months of negotiation between our Fire and Police unions and the city of Chicago, through which we came together on an agreement to solve a decades-old pension problem, an excellent example of local control at it’s best,” the statement read.

The content of this blog is intended for informational purposes only and does not constitute or establish an attorney-client relationship, nor constitute legal advice. If you wish to discuss any further aspect of the material contained herein, please contact an Brent Eames at Eames Law Group, Ltd.