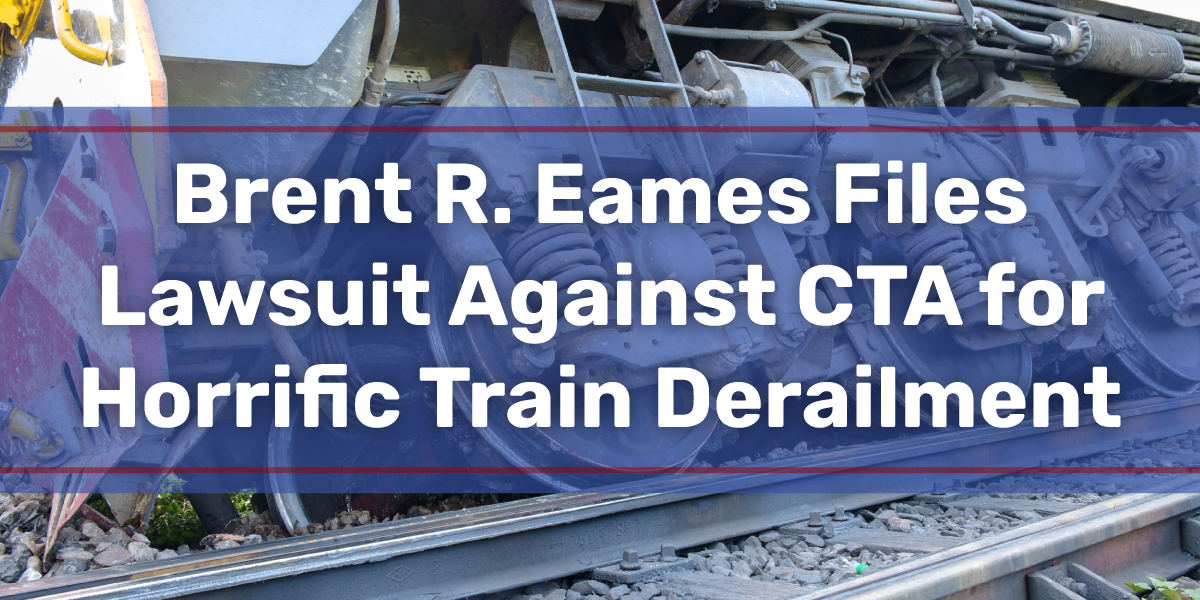 Attorney Brent R. Eames has recently filed a civil lawsuit against the Chicago Transit Authority on behalf of a passenger who was seriously injured as a result of the CTA Blue Line derailment at O’Hare International Airport on March 24, 2014. This incident received national attention when the train, which was reported to be traveling at a speed of approximately 26 MPH, overran the bumper at the O’Hare station and crashed into the escalator. Subsequent investigations have revealed that the train operator fell asleep prior to the collision as the result of working an excessive amount of overtime the week before the crash. Due to working shifts at different ends of the clock, operator fatigue was noted to be a likely contributing factor in the crash. A video of the incident has been posted to youtube: https://www.youtube.com/watch?v=elMXt00xyIU

In the lawsuit, the Plaintiff is seeking damages for medical expenses, wages lost, pain, suffering and loss of a normal life.