Public Unions Swing Back at Governor Over Pension Reform
0 Comments 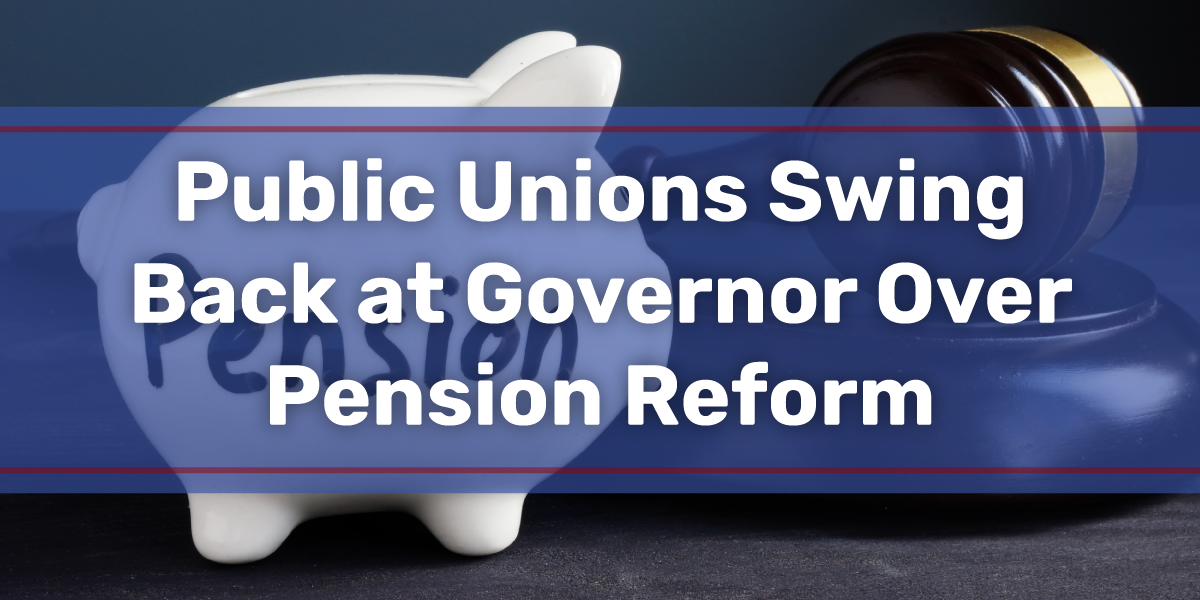 Last month, Governor Rauner kicked off his campaign against public unions by attacking the so-called “fair share” provisions of the Illinois Public Labor Relations Act (5 ILCS 315/1). The Governor hired prominent Chicago law firm, Winston & Strawn, to file an action in federal court which seeks to have the court declare the “fair share” law to be unconstitutional. This week, the unions struck back by filing their own complaint for declaratory and injunctive relief in Illinois state court in the 20th Judicial Circuit, St. Clair County, Illinois. A total of 26 labor unions from all across the State of Illinois, including the Troopers’ Lodge No. 41, FOP; Conservation Police Lodge, Illinois Police Benevolent and Protective Association; Illinois Fraternal Order of Police – Labor Council; and Metropolitan Alliance of Police, Chapter 294, filed a verified complaint asking an Illinois Judge to declare that the Governor’s executive order violates state law and exceeds the scope of his executive authority. The lawsuit asks that the fair share payments of nonunion state employees continue while the litigation is pending.

The decision of the unions to attack the Governor’s actions in state court in an interesting strategy, considering the Governor chose to file his anti-union lawsuit in federal court. The unions feel that a state court is a more appropriate venue to decide questions of Illinois law. Additionally, the unions must be at least slightly apprehensive regarding the possibility of the Governor being successful in federal court, considering the United States Supreme Court’s recent decision in Harris v. Quinn, which ruled against the interests of the unions by holding that union members who are not “full-fledged public employees” cannot be required to pay fees to the public sector unions that represent them. In an attempt to keep these issues in state court before an Illinois judge, the unions plan to file a motion to dismiss Governor Rauner’s federal lawsuit, arguing an Illinois court should enforce state law.