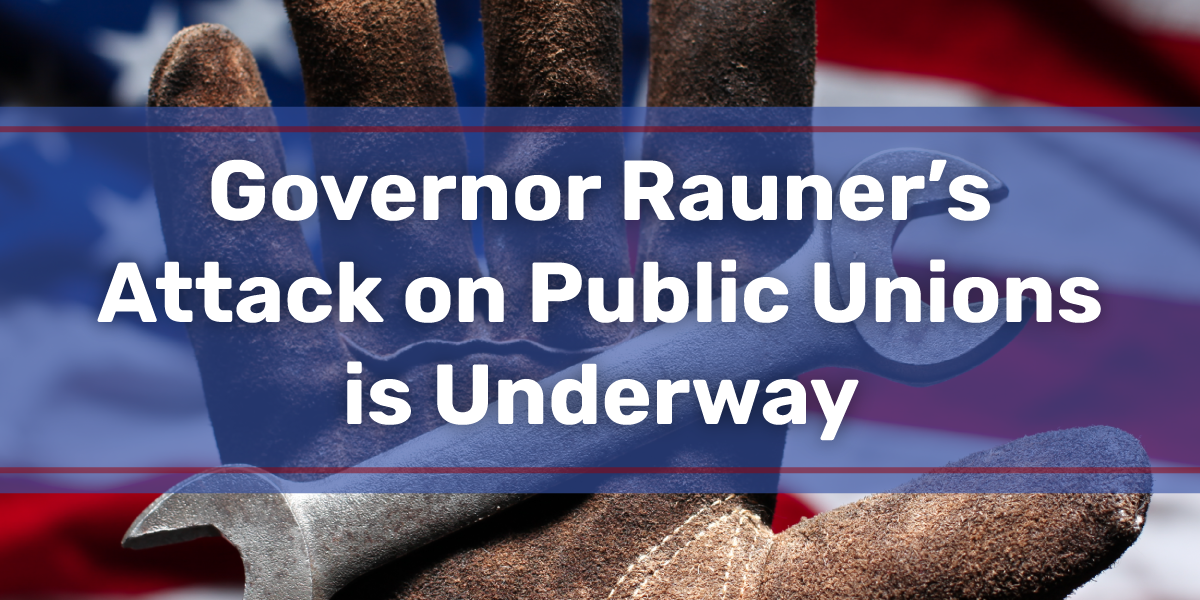 Newly elected Governor Bruce Rauner made it clear during his initial public addresses that curtailing union power for public employees would be one of his top priorities. On Monday, he took the first steps towards putting his plan into action by issuing an executive order which attacks the so-called “fair share” provisions of the Illinois Public Labor Relations Act (5 ILCS 315/1). Per his executive order, the Governor declared that those public union members who wish to opt out of joining a union are able to avoid paying union fees which are required by law. This “fair share” practice in Illinois mandates that all public employees who seek to opt out of the union are still required to pay fees to the unions in lieu of union dues which are designed to cover the associated costs of negotiating a contract that benefits them. The rationale of this practice is to ensure that all public employees who enjoy the benefits which the union works for, including higher wages and health benefits, must share the costs associated with obtaining those benefits.

In addition to the executive order, Governor Rauner hired prominent Chicago law firm, Winston & Strawn, to file an action in federal court which seeks to have the court declare the “fair share” law to be unconstitutional. In support of this contention, the Governor cites the recent United States Supreme Court decision in Harris v. Quinn, which held that union members who are not “full-fledged public employees” cannot be required to pay fees to the public sector unions that represent them. This decision left open the question of whether the practice is constitutional for public employees as contemplated by the Illinois Public Labor Relations Act.

If successful, the result of this action will undoubtedly spell serious trouble for unions in Illinois. For an easy example, look no further than our neighboring state, Wisconsin. Political and economic experts have drawn parallels between Governor Rauner’s executive order and what Governor Scott Walker did in Wisconsin when they stopped paycheck deduction of dues and fees for government unions. When given the option of paying the dues or abstaining, reports indicate more than 60 percent of Wisconsin’s state workers stopped paying. As an obvious and direct result, the budgets and power of the unions were negatively impacted.

This is likely just the first step in what will be a full-fledged attack on the power of public unions in Illinois during the Governor’s term. It will be interesting to see how this plays out in Springfield, but for now, all public employees should be prepared for a long and drawn-out battle over their compensation and benefits.