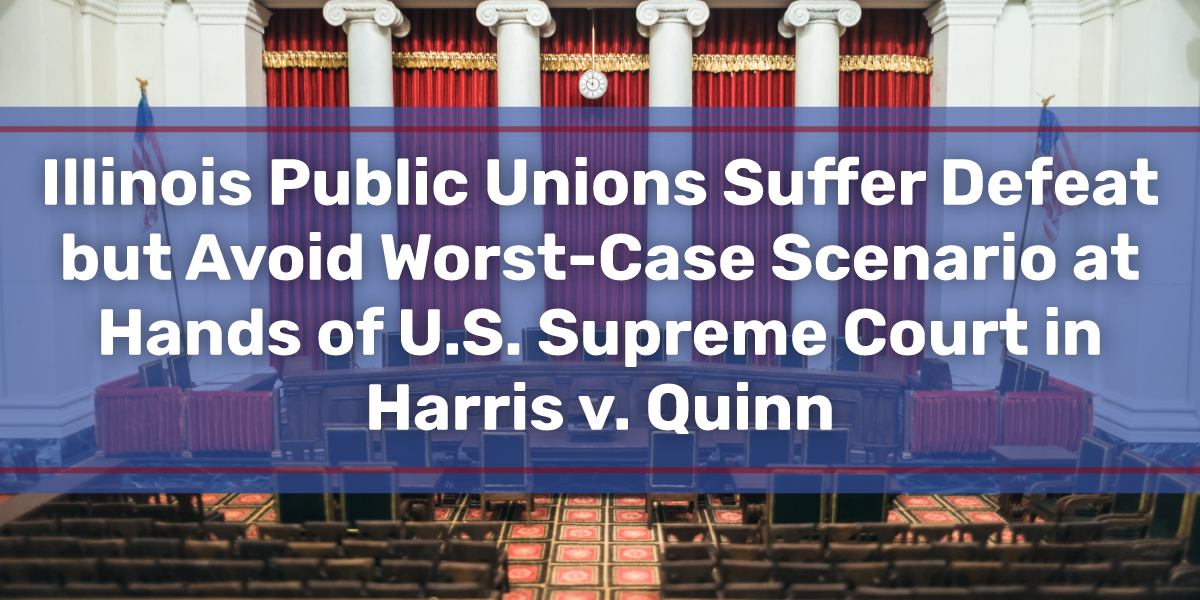 Although organized labor suffered a clear loss in the recent Supreme Court decision Harris v. Quinn, public unions in Illinois were able to escape the worst-case-scenario which many legal experts predicted and many unions feared. In a 5-4 decision which fell along ideological lines, the Supreme Court held that union members who are not “full-fledged public employees” cannot be required to pay fees to the public sector unions that represent them. However, the ruling was limited to “partial public employees” and thus did not disturb the long-standing practice of allowing public sector unions to compel nonmembers who are full-fledged public employees to pay for representation costs.

This case arose from an executive order signed by Governor Pat Quinn which classified home healthcare workers who receive state funding as state employees and compelled those state employees to become a part of the Service Employees International Union (SEIU). As a part of this membership, said employees were required to pay appropriate union dues for the services the union provides, including negotiation with the state to increase wages, improve benefits and set up training programs. Pam Harris, the lead Plaintiff in the case, challenged the constitutionality of this executive order, arguing that compelling her to pay union dues to SEIU violated her First Amendment right to free speech by forcing her to financially support an organization which she did not wish to support. Ultimately, the majority of the Supreme Court agreed, holding that “partial public employees” such as the home healthcare workers in the Harris case cannot be compelled to pay union dues to SEIU.

As a result, the door is open for all partial public employees to opt out of paying union dues, thereby allowing them to avoid paying the administrative costs of bargaining, and essentially receive the benefits of the union free of charge. This practice is commonly referred to as “freeloading” by union members. However, the decision of the Supreme Court was limited to only the aforementioned “partial public employees” and did not apply to any “full-fledged public employees” such as firefighters, police officers and teachers. Many anti-union advocates had hoped the Supreme Court would expand its ruling to include all public employees, but thankfully for the unions, they did not.

In dissent, Justice Elena Kagan summed up the majority’s decision to leave the full-fledged public employees alone by writing that said decision is “cause for satisfaction, though hardly applause.”